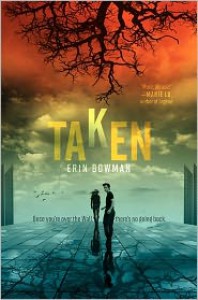 There are no men in Claysoot.

There are boys—but every one of them vanishes at midnight on his eighteenth birthday. The ground shakes, the wind howls, a blinding light descends . . . and he's gone.

They call it the Heist.

Gray Weathersby's eighteenth birthday is mere months away, and he's prepared to meet his fate—until he finds a strange note from his mother and starts to question everything he's been raised to accept: the Council leaders and their obvious secrets, the Heist itself, and what lies beyond the Wall that surrounds Claysoot—a structure that no one can cross and survive.

Climbing the Wall is suicide, but what comes after the Heist could be worse. Should he sit back and wait to be taken—or risk everything on the hope of the other side?

It is always a risk to read books that mix genres, this to me was a Dystopian/Futuristic/Sci-F-/Action/Adventure with mystery and suspense added to the mix to add unique twists to the plot. It worked, until it did not work any longer for me. Truly found myself taken aback when the book changed venues, it almost became a totally different story than what it started out to be at that point.

There is always a bump or two when an author creates a new series, between the massive amount of information one must be given to explain the world and it’s characters followed by the building of rapport with said characters

It had its moments and did capture me with an engaging setup, which fell flat when least expected it to. My final thought at the end was how sad that things turned out the way they seemed to be going for Emma and Gray.

In the best interests of keeping future readers from passing this by simply because it did not work out the way I wished it to do, have to also say that there is a lot going on in this tale that will keep one guessing. Unfortunately there is also a lot going on that will make you want to shake your head at how easily things seem to work out, at times almost as an afterthought rather than a direct consequence of planning.

Continuing with book 2 and hoping for the spark that I initially felt when reading this first book to return and really prove the story can live up to its full potential for me.

Do not get me wrong that did not enjoy the overall story, I did but expected to love it not just like it and that was disappointing to find as it started out so strongly.